Lone Pine Mesa and Hermits Peak with the Boys

First off, I must apologize that I have so few pictures of this trip. I put rechargable batteries in the camera and they do a poor job in the face of charging a flash. Whay you see is what I managed to get!

This was a trip with all the boys (Matt, Josh, Sam, and Caleb) that followed the same route as Brenna and I took the year previously. I was really very stunned that the boys went MUCH faster than Brenna did, though the boys did have perhaps an hour or two of a head start.

After only about an hour, we had already passed the camp where Brenna and I slept the first night and we just proceeded on, passed Lone Pine Mesa and the turn onto Hermit's Peak trail. We eventually camped about a mile from the crossroads.

Josh was sick that night and we ended up burying some half-digested food. I was trying and failing to keep our tent site food-free and we had a visitor (probably a small animal) that tore up one of the food bags, but never got anything.

We hiked hard the next morning to Hermits Peak, but just a few hundred yards before the peak, we got caught in a big thunderstorm. I had decided to race the storm and intended to get to the top before breaking out the wet-weather gear. We didn't make it before getting soaked.

I was going to mention (before getting soaked) that since we got to our intended overnight camp at noon, we could just continue the hike and get picked up on Friday night and go home (with our hike accomplished). Now, because we and our equipment were soaked through (with no prospects of drying out), it never came to a vote - we just began sprinting down the mountain toward the El Porvenir Trailhead!

It was a miserable three hours of Jay alternately encouraging and shouting at the boys to keep moving. Matt and the twins were shivering pretty badly at some points and I gave them every stitch of dry clothes I had left to keep them from getting sick.

We made it to the bottom and Lisa was there waiting for us! What a wonderful things that cellphones work on Hermits Peak, even in hailstorms! I think I ultimately suffered the most, having walking problems for a few days after the hike. Everyone else bounced back famously.

Matt and the twins have sworn never to go hiking again (at least with Dad). Josh hasn't said anything yet. 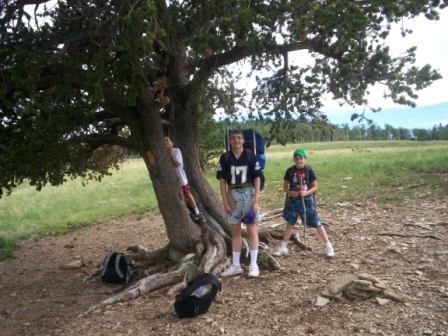 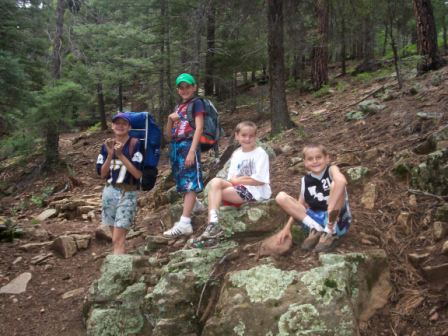 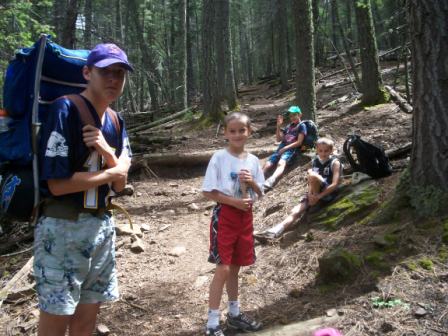 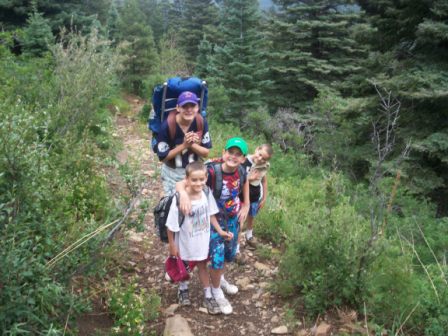 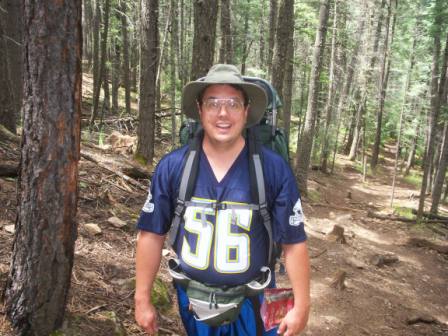 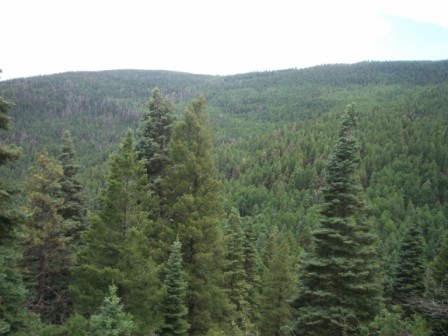 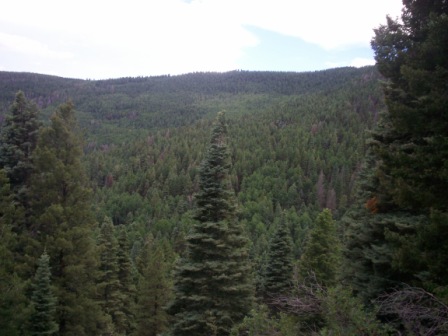 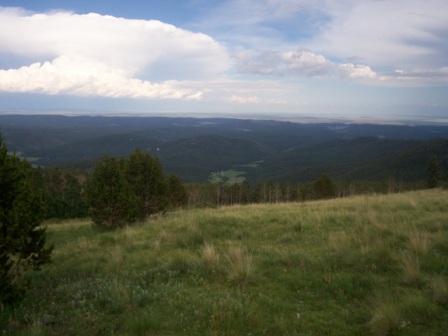